Steve's son Luke here, in a rare guest feature. That is to say I found an embarassing photograph and he couldn't be reached for comment. The house used to be littered with concours trophies, memorabilia and parts. He's a younger version of the man we all know and love proving he's had an eye for detail since at least 1981!

-edit by Steve: This was my first attempt at a full rebuild; an MGB GT. I won a lot of concours back then, not sure I have the patience for it now, then again a lot has changed; I even had hair on my head. Thank you Luke shall return the call sometime 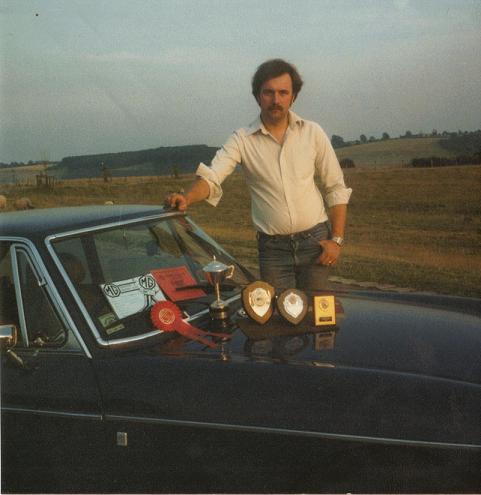